CANNES, October 7, 2013 – Telemundo Internacional announced today at a press conference held in Cannes, France, that the well-known Mexican actress Aracely Arambula will play the leading role in the new telenovela based on Victor Hugo’s classic work Les Miserables, to be produced by Telemundo in 2014. The Venezuelan screenwriter Valentina Parraga - writer for Telemundo's ratings successes La Reina del Sur (The Queen of the South) and La Patrona (The Return) heads the adaptation of this new mega-production by Telemundo Studios.

Arambula had a resounding success in the leading role in La Patrona --a story that mirrors the famous novel The Count of Monte Cristo-- in which she embodied Gabriela Suarez, a woman seeking justice from those who robbed her of what she loved most. Now, the Mexican actress returns in another grand production, the first Spanish-language telenovela based on the epic French drama.

"We are very proud of this project, which is another brilliant production that will carry our brand, and we anticipate it will have excellent results," stated Marcos Santana, President of Telemundo Internacional. “Telemundo is the only Spanish-language company that leads in this type of melodrama-genre offer for international markets,” he added.

Valentina Parraga adapted La Patrona - Telemundo's #1 novela at 9pm - as well as the powerful action drama La Reina del Sur - Telemundo's highest rated novela ever - based on the book by Arturo Perez-Reverte, both of which regularly beat English language programs and broke existing records for Telemundo’s Spanish-language television broadcasts in the United States, as well as other international broadcasts.

"This Les Miserables adaptation is in pre-production and will be filmed entirely in Mexico – a country which will provide sceneries for this story that cannot be found anywhere else," said Joshua Mintz, Executive VP of Fiction Programming and General Manager of Telemundo Studios. "Soon, we look forward to announcing the full cast of this production, as well as the directors, producers and team members that will have a part in its success," shared Mintz.

Aracely Arambula was the special guest at the press conference that took place during Mipcom 2013. At this event, the actress shared with the international media her experiences as the leading actress in La Patrona, stressing the satisfaction that playing this role afforded her and the great challenge she is now taking on with Los Miserables.

Known for her powerful performances, Arambula will now bring to life another courageous woman who must persevere and hide until she can prove her innocence to her family and her pursuer, whom she is too good-hearted to hate. Set in a modern context, the story depicts situations that take place in contemporary society, and like Victor Hugo’s epic work, highlights social injustice as well as the eternal struggle between good and evil.
Последний раз редактировалось Descarado Сб ноя 09, 2013 01:59, всего редактировалось 1 раз.
Вернуться к началу

[external link are not allowed] 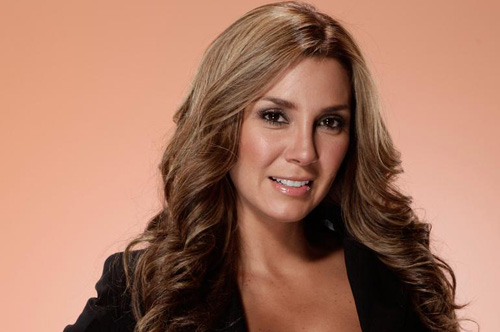