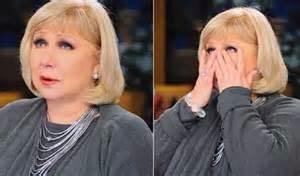 When it comes to TV networks, Latinos have two major options in the United States, Univision and Telemundo. Both have telenovela offerings. Both import from México, while Telemundo also produces its own soaps in Miami.

We have ranked all the current primetime telenovela options from worst to best below. Read our reasons why and tell us which one is your favorite.

7. "Sueño De Amor" - Betty Monroe and Cristián De La Fuente star in this Juan Osorio production. Unfortunately it has not found its groove, which is why it didn't connect with audiences forcing Univision to shift its programming. This telenovela switched time slots with "Un Camino Hacia El Destino," which in theory downgraded "Sueño De Amor" out of the primetime block.

Marjorie De Sousa has joined the cast to add drama into the love relationship between the protagonists, but we don't think that will be enough to save this sinking ship. Haters have said that it is Monroe's fault for not fitting the part, but we believe it's a soap with a thin storyline not complex or deep enough to merit so many episodes.

All the problems writers have planted are things we've seen on "La Rosa De Guadalupe." If you've seen the latter show, you know those issues are resolved in less than an hour.

6. "Eva La Trailera" - This production marked the return of Edith Gonzalez to Telemundo. Sadly, it wasn't as spectacular as we had hoped. The telenovela struggled to find a solid audience against Univision's "Pasión y Poder," so much so that it was moved an hour earlier.

The problem with this is that, we as viewers, are not buying Gonzalez as a "trailera." We think that casting missed the mark here. Meanwhile, Telemundo did do a great job in casting Edith opposite Arap Bethke. We feel they have incredible chemistry, and it's one of the only good things this soap got right.

5. "Un Camino Hacia El Destino" - This telenovela starring Paulina Goto and Horacio Pancheri was promoted to primetime when "Sueño De Amor" flopped. Although it has been doing well in ratings for Univision, it's a classic soap with all the clichés we've seen through the years.

Yes, it's mindless and the soap allows you to forget about real world problems. The issue we have with this production is that the sets and quality tend to be on the "cartón" side and the edits can be a little choppy. Our favorite part of this melodrama is seeing Goto and Pancheri interact with each other on screen and make us guess if they are dating in real life.

As viewers we've seen the dramatic arcs decline and take longer to resolve. During the initial seasons everything was fast, story lines moved quickly and the show escalated in drama and action with every episode. As the series has gotten older, writers seem to be taking a scenic route as if it's enough just to see our favorite characters on screen.

We feel cheated because this was not the reason "El Señor" became appointment television. More and more we are allowing our DVRs to accumulate episodes, so we can binge during a slow weekend and fast forward through all the boring scenes.

This season, Aurelio Casillas is looking for someone to donate an organ to him since he is on the verge of dying. Mónica Robles was pregnant until she lost her baby and her relationship with Victor took a tumble.

There's just not much action going on and this aging series already got rid of some of our favorite characters. Remember El Cabo? Chacorta? Matilde? Lorelei? El Chema? La Ballesteros? All gone.

Let's just hope this picks up and the episode count is not over 100 like last season. There's talks of more seasons to come, but with Season 4 already lackluster in terms of story, we can't imagine how they could squeeze two more seasons out of this.

3. "El Hotel De Los Secretos" - We love this adaptation of the Spanish series, despite all the haters out there. The quality of production is impeccable and every detail has been taken care of by producer Roberto Gómez Fernández and his crew.

Irene Azuela and Erick Elias have amazing chemistry and are supported by an incredible cast like Diana Bracho, Daniela Romo, Juan Ferrara, to name a few. In its "Ultimos Capitulos" we have seen Diego Montejo (Jorge Poza) take off his mask and show his true colors and we also found out who the golden knife killer was.

Sadly, the quick pace was not throughout the telenovela-run, which made it tedious to watch at moments. We continue to watch to find out how everything wraps up.

2. "La Esclava Blanca" - This Colombian import is what every telenovela should strive to be. The image quality, the sets, the acting, the story is all wondrous to our eyes. We love that Telemundo has original programming, but it was this network that always imported telenovelas we would otherwise not see.

"La Esclava Blanca" is a production set in a time in Colombia where slavery still existed. Our protagonist was a baby when her parents were killed in a fire. A black woman raised her in the jungle, but was taken away to Spain. She returns to the village she knew as home to liberate the only family she knows and avenge her parents. This telenovela is captivating and has us in "ahhh" nightly.

1. "Yago" - Univision premiered "Yago" this week and we are already in love with it. We find it riveting that Televisa is finally making a novela with high production standards and selecting actors that fit a part and not selecting actors just because of their popularity.

Iván Sánchez, Gaby De La Garza star in this series about a man that was wronged and returns with a new face seeking revenge. Every episode has flashbacks to the past and are juxtaposed with the present in a unique storytelling mechanism.

We are hooked and that is why "Yago" is currently the best telenovela airing right now in primetime.

This is a contemporary story of sibling rivalry featuring the return of power couple Angelique Boyer, playing triplets with very different personalities, and her real-life partner Sebastián Rulli. After a car accident in their childhood, the mischievous Ana Leticia and handicapped Ana Laura are separated from their free-spirited sister Ana Lucia. The sisters' individual love stories, with three steamy admirers, will present challenges ultimately leading the sisters' lives to intertwine, for better or for worse.

This timely, relevant and modern story promises to get audiences hooked. Camila Santamaria is a charismatic politician assumed to be dead after a tragic accident. Upon her return, she begins to uncover her husband's corrupt ways and ultimately decides to challenge him in a race to be the next President.

This story features strong female characters who develop a radical plan to take control of their lives. Vera, Johanna and Kirsi have had enough of being taken advantage of and have joined together to kill their husbands and seek out new adventures. Finally free, the ladies did not expect that these new adventures would include close calls with both the criminal justice system and the criminal world. This dramatic tale will use dark humor to answer the age-old question: Is it possible to start again? And if so, at what cost?

This telenovela, featuring the majestic vineyards of Napa Valley, California, brings to light the life of Mexican-Americans seeking not only the American Dream but also success with family and love. Vicente is depressed after having lost his wife in a seemingly provoked accident, so much that he begins to neglect his children and the vineyard he loves so much. His mother-in-law and supposed best friend try to take advantage of the situation to take Vicente's fortune, but their plans are disrupted by an unexpected arrival. Laura, a cheerful and spontaneous young woman who grew up on the vineyard with her father many years ago, returns to turn Vicente's life upside down. Through their love-hate relationship, Laura breathes new life into Vicente and rekindles his love for life and for his Napa Valley vineyard.

A miniseries about the life of singer-songwriter Joan Sebastian.

In this music-themed thriller, a Los Angeles teacher pursues her dream of becoming a Regional Mexican singer after witnessing a murder.