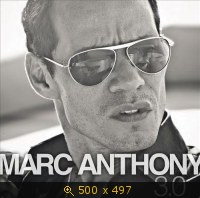 International salsa star Marc Anthony wowed fans with a show-stopping sold out performance of his chart-topping hits, marking his return to Madison Square Garden, and hometown of New York City, for the first time in a decade.

Marc achieved this feat by having three albums top the chart with Desde un Principio: From the Beginning; Libre; and 3.0 in 2000, 2002 and 2013 respectively. He shares the record with Romeo Santos and Eddie Santiago, who also have three year-end best-selling albums as solo artists. Aventura holds the record for the Most year-end best-selling albums in the tropical albums' chart by a band with five.

The singer is one of the best selling salsa artists of all time, having sold over 12 million albums worldwide in a career that has seen him win two Grammys and five Latin Grammys.

Throughout this time, the 47-year-old has been a fixture in the Tropical Music Album Charts published by Billboard Magazine, which collates the biggest hits from the salsa, merengue and bachata genres.

After presenting Marc with his certificate, Guinness World Records adjudicator Amanda Mochan said: “It was an honor to present such an icon in the Latin community with this title, Marc is Officially Amazing.

On his Guinness World Records achievement, Marc said “I cannot think of a better way of celebrating my return to Madison Square Garden and be presented with this recognition here at home, where everything began with just a dream. I am honored to receive this special recognition from Guinness World Records”.
http://www.guinnessworldrecords.com/new ... tle-416078
Вернуться к началу

You were an amazing crowd, #LosAngeles! Thank you for such an incredible sold out show. Let's keep them coming! #MarcAnthonyLive #Tour2016